The Cambridge Story began in 1988 when Ray and Linda Eriks founded “Cambridge Construction and Development” that operated throughout Indiana and Illinois as a firm specializing in commercial and industrial projects. In 1998, Ray and Linda expanded their service area countrywide, and in January 2006 the company name became “Cambridge Companies, Inc.”, a.k.a. “Cambridge”.

Both Ray and Linda raised their family in Indiana and have been working in the construction industry for over 40 years. Eventually, their son Jeff Eriks would join the family business in October of 2000. When Jeff graduated from Purdue University, he worked as a marketing manager for a local Indiana restoration company. While he was working, Jeff observed his father continuing to grow Cambridge in other states, including Arizona in ’97 and ‘98. Jeff says, “As I watched my father grow the company to do out-of-state work, it became more interesting to me as an opportunity to help the company grow. So, I approached him in the Fall of 2000 to see if he was interested in me joining the team.” Ray agreed and brought Jeff on as a Contract Administrator. From there on, Jeff continued to grow new skills and practiced the other important roles needed in their business.

“From Contract Admin, I moved on to the manager of small projects covering for the field managers. I was then able to take on larger projects as the project manager and was doing all the estimating and pricing. I also got involved in preliminary design, client relations, conceptual planning, business development, and marketing,” says Jeff. 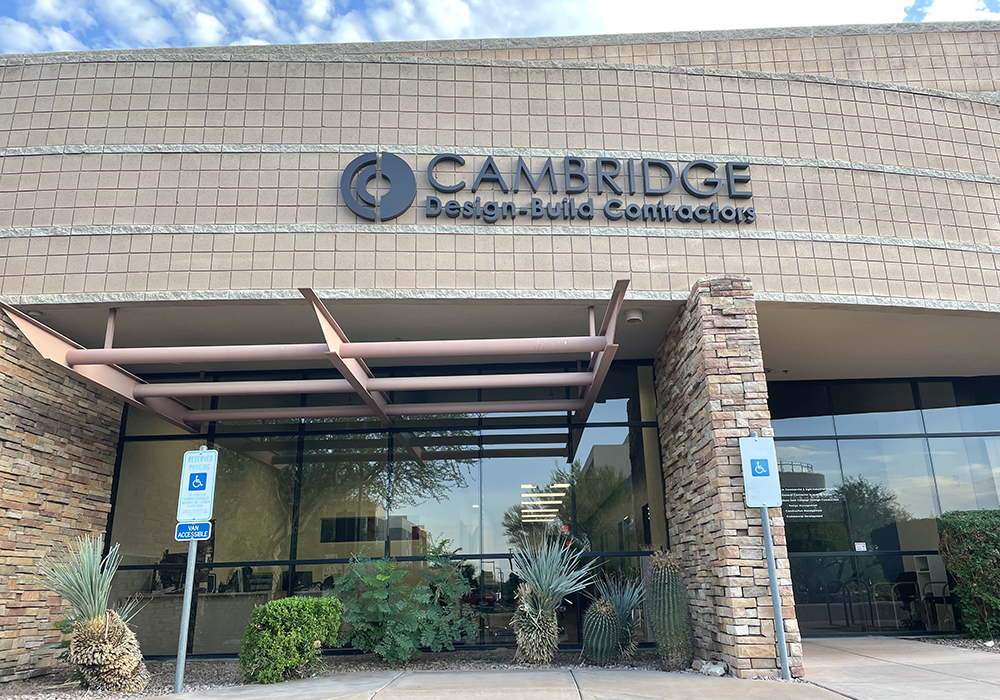 Ray and Jeff started having succession planning discussions in 2014 and held them off and on through 2020. Jeff says, “It’s a difficult process to go through, so years of planning was necessary.” 2020 proved to be a good time to work out a plan that fits well for the company. It was then on January 1, 2021, that Jeff purchased Cambridge with his business partner Bryan Young. Ray and Linda became consultants for the company and work with Jeff and Bryan to this day. Jeff now serves as President, leading marketing, business development, pre-construction activities as well as staying involved in active construction projects. Bryan serves as Vice President and leads the financial side of the company. Jeff and Bryan enjoy working with one another and have known each other for about a decade.

Bryan and Jeff met for the first time back in 2009 when Bryan was working at Republic Services, Inc. (“Republic”) which was and remains to be one of Cambridge’s largest clients. Bryan worked at Republic for 15 years and developed a tight relationship with Jeff and was involved with several projects that Cambridge completed for Republic.

Bryan remembers the time he joined Cambridge and why. “I like to think that my joining Cambridge began a decade before it became official. Through working with Cambridge on several successful projects from the owner’s side of the transaction, I became acquainted with the Eriks family and their great team. When the opportunity presented itself to partner with Jeff to take the company into the second generation of ownership, I did not need to think long about it. The opportunity was too great to pass up,” says Bryan.

Under the new ownership, both Jeff and Bryan have hired personnel who bring fresh ideas to Cambridge and the team is stronger than ever. With the original office in Indiana and now the new office in Scottsdale, Arizona, Cambridge can continue to grow their services, support their clients, and find new opportunities to design-build solid waste and trucking sales and service facilities nationwide. 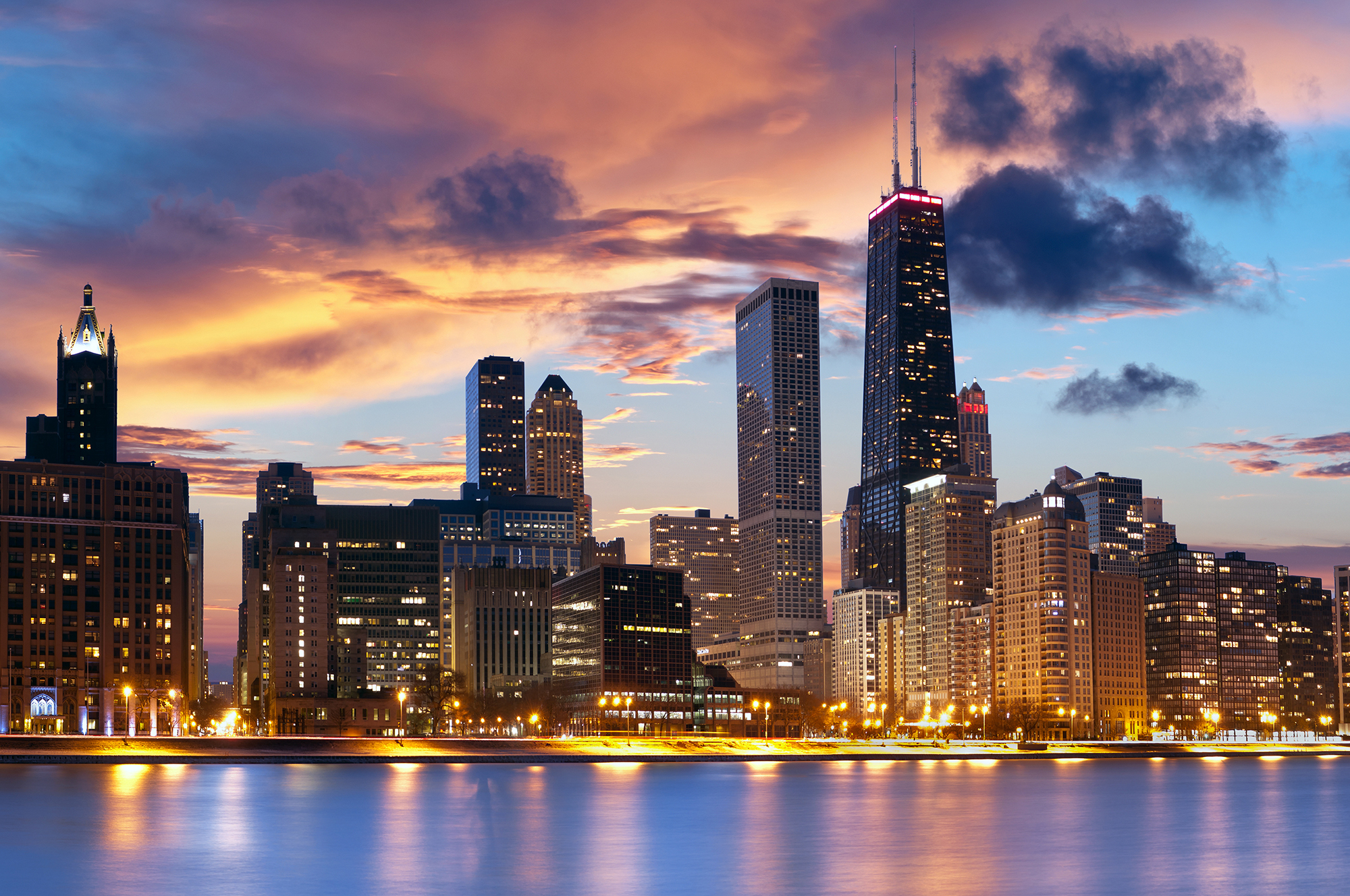 What is next for Cambridge you ask? Jeff and Bryan are feeling very positive about the new changes that they and their new team are implementing.

Bryan explains, “Lifelong learning is one of our core values as a company. Not only is continuous improvement important to bring the greatest value to our customers, but maintaining a curious mind is vital to our growth as individuals. The opportunities for our company are incredible, and it’s so exciting to think about what is ahead.”

Jeff continues, “The biggest change we made was investing in our people and the tools they use, such as the project management platform, Procore. On the team side, we began hosting annual meetings in Arizona with the entire company to enhance team-building, improve processes and interaction.

One thing is for sure; the strength and support of one another at Cambridge continues to help the company grow each day. And that is The Cambridge Story.

This website uses cookies to improve your experience while you navigate through the website. Out of these, the cookies that are categorized as necessary are stored on your browser as they are essential for the working of basic functionalities of the website. We also use third-party cookies that help us analyze and understand how you use this website. These cookies will be stored in your browser only with your consent. You also have the option to opt-out of these cookies. But opting out of some of these cookies may affect your browsing experience.
Necessary Always Enabled
Necessary cookies are absolutely essential for the website to function properly. These cookies ensure basic functionalities and security features of the website, anonymously.
Functional
Functional cookies help to perform certain functionalities like sharing the content of the website on social media platforms, collect feedbacks, and other third-party features.
Performance
Performance cookies are used to understand and analyze the key performance indexes of the website which helps in delivering a better user experience for the visitors.
Analytics
Analytical cookies are used to understand how visitors interact with the website. These cookies help provide information on metrics the number of visitors, bounce rate, traffic source, etc.
Advertisement
Advertisement cookies are used to provide visitors with relevant ads and marketing campaigns. These cookies track visitors across websites and collect information to provide customized ads.
Others
Other uncategorized cookies are those that are being analyzed and have not been classified into a category as yet.
SAVE & ACCEPT
error: Content is protected !!